How do you see yourself financially?

Do you think you earn reasonably well, but have very little to show for it?

One of the reasons a lot of us aren’t where we want to be financially is because we don’t budget, kid ourselves the money is there, and then overspend. If you’ve read my posts on this previously, you know that I am absolutely no stranger to this. I’ve overspent on everything, from clothes and shoes, to takeaways and wine. I’ve overspent on travelling, and I’ve overspent on Christmas presents. I’ve been there, done that, and probably bought the t-shirt on my Amex as well. Trust me – despite the personal development work I’ve been doing on this area of my life, I STILL need to watch myself so I don’t go back there again.

Now I’m not saying you should suddenly stop spending money on anything and go the other way- that’s miserable. I spent 6 months after getting back from travelling being really careful with money, to the point where I was generally pissed off with life because I felt guilty for spending any money on, well, anything really! It doesn’t have to be this way. You CAN have it all. The difference is you can’t necessarily have it all NOW.

Society entices us to spend

You don’t have to deprive yourself of anything if you PLAN. Do you like buying £500 coats in the winter, and 5x £50 new bikinis in the summer? Do you do this every year? If yes, then plan for these expenditures. Put aside £50 every month from January, and by October you’ll have enough put away for your coat! Start saving £100 per month from January and you’ll have money for a coat, the bikinis and spending money for the holidays!

The problem is that we are instant gratification kind of people. We want everything now. That’s why we buy on credit and sacrifice future wages for later. You’ll absolutely resent those payments when the coat you bought is a year or two old and you’re ready to replace it.

On the other hand, why do we need all this stuff anyway?

Why aren’t some of us content with the same coat for 5 years before buying new? (also – do you even need 5 bikinis??) Why do we have to go on expensive trips and upgrade our cars every 3 years? Why do we buy properties that are a stretch for us financially?

Our income goes up, but then so do the expenses, keeping us in a trap that makes us feel broke. This is the so-called, “first world poor” cycle.

Now I’m not complaining per se – I’d still rather this than some of the shocking financial conditions that many people around the world live with – but then they have far more limited options than us. We choose to do this to ourselves.

How about the UK?

The average individual in the UK has roughly £26,300 post tax income to use per annum, according in the office of national statistics for figures compiled in 2015/2016. Obviously we are all different when compared to this, but if you are someone who earns £50,000 per year, and spends £49,000+ per year (without saving) than you will be in a worse off position financially than someone who earns £30,000 per year, but lives on £20,000 (so saves 30% of their income).

It’s complicated, but I think part of it is because we want to look good in front of other people (unconsciously or consciously) – including our friends, our family, our colleagues and social media. Its an outward show of success. The rich people we see on TV are beautiful and successful, and have (supposedly) amazing, exciting lives, and part of our public psyche is to emanate this behaviour (but without the money to back the lifestyle up).

Where have I done this too?

To give you an example where I’ve done this – I once bought a massive round of drinks for my family because my uncle basically said in front of everyone “well Nikki is a doctor- she’s got loads of money”. So through pressure to conform with this facade, I agreed and paid the bill, even though I was very broke that particular month. I have no idea why I did that, but I certainly wouldn’t do it now.

I think the effect is compounded for people in so-called higher earning professions. You’re not just a lawyer/doctor/accountant/teacher/dentist- you’re the person with the smart suit, shoes and bag you wear to work, and the expensive car you drive to show your colleagues and clients how well you’re doing because you’re so damn good, and the expensive house, because that’s what people like you “do”. You buy into the image that your profession stereotypically carries with it. Could you imagine Amal Clooney in a 5 year old Suzuki swift and Primarni for example? Ok so that’s an extreme view, because she’s a celebrity, and they have a completely different world of their own, but do you see my point? If she wasn’t famous, you can bet she wouldn’t be seen in “cheap”. How would you feel if your airline pilot turned up in a crumpled, ill-fitting suit and scuffed up old shoes, or your financial adviser rocked up to your session in a bashed up banger? You’d be tempted to run in the other direction, right?

I’m being honest, I certainly would hesitate to trust them even though I KNOW that how you look has nothing to do with HOW YOU PERFORM – women especially are often subjected to this kind of bias.

I put to you therefore that in some professions and circles, image is everything. High income earners therefore take on more than a higher salary- they take on self-imposed higher living expenses too.

I’m clearly generalising, but I think you can understand my argument. Not only do we want stuff NOW, but we want to LOOK GOOD now too. This is disastrous for the health of our money if spending is not managed in a sustainable way.

The Millionaire Next Door

I’ve learnt this from reading “The Millionaire Next Door” by Thomas J. Stanley and William D. Danko. It’s a little old now, but the lessons in it still ring true today. Millionaires only became millionaires because they did two things:

They did this through strict planning and were disciplined to follow the plan. Many of them had very ordinary jobs – they weren’t business moguls like Richard Branson. They lived within their means, and kept to a budget. Yes I know that’s boring, and not as exciting as watching Kim Kardashian spending money on TV, but if you and I are to have any chance of saving and investing enough for a decent retirement (which lets face it, could be as long as 20 years or more depending on how long we live), then our generation need to wake up and smell the coffee.

Our finances need major CPR to revive them and put them back on the road to recovery. (I’m the Female Money Doctor- there had to be a medical reference in there somewhere! 🙂 )

So now what? Well, the answer is not what you want to hear. I wish I could say it was as easy as winning the lottery. But even this isn’t a guarantee you’ll be secure for life, because if you have some less than impressive money-spending habits, you’ll end up back where you started (if not worse in a few years after your big win-fall). See here for an interesting article on this. This is because having more money will only exacerbate and speed up the spending you already do.

To learn these lessons properly, you have to create your own “lottery winnings” – through working, saving and investing. Expect no one to help you. You are better than needing to rely on handouts or windfalls.

You can do it!

So now I’ve bummed you out, let me finish with this. YOU are entirely capable of setting straight your finances. Isn’t it reassuring to know that successful millionaires started with what they had to get to the financial security that they now enjoy? Yes there are ways to earn extra money on the side of your salary, but until you learn to manage and live off what you already have, you won’t get to where you want to be financially EVEN IF you suddenly have a salary rise.

The first step in any change is AWARENESS. So lets get motivated to claim back our money TODAY, and start building some decent savings and investments for things we TRULY want!

As always, I value your comments and feedback below.

I also have a private Facebook group you can join if you’d like to talk about all things Money! See you in there!

Looking for More? Why not try out this post?! 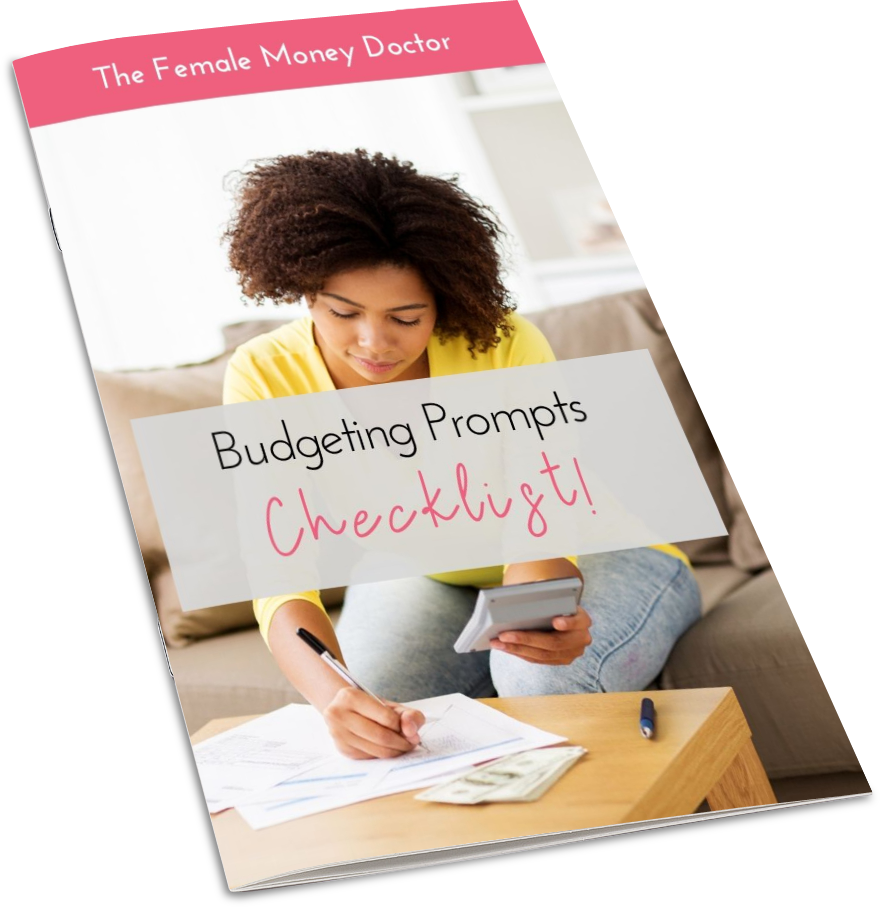