I wrote this post in 2017, one of my very first! So I thought I’d give it a little spruce up to drag it into 2021, because the message in it is still so relevant today.

…I found myself feeling nervous. I worked out that by the end of the month, I would have less than £1000 in my account, but nowhere near £0 or my overdraft. This stuck me as funny, because only a few years ago, I was REGULARLY in my overdraft – and being quite comfortable staying there. I tolerated the fees that my bank would take from me once I had been paid, and the whole cycle started again, until I was back to negative before the end of the next month.

There was a week where I was paid late due to a bank holiday, and this was bad news. I was living so close to the edge of the depths of my overdraft, that I had no money left to catch me, and I fell off. All my payments that week bounced, including my mortgage and my bills. I was petrified! My credit score was not amazing anyway, but the last thing I needed was to get into arrears with my mortgage company.

Obviously, this was an over-reaction, but looking back, I can now see how terrified of money I was (especially having a lack of it). There I was, a successful doctor, earning decent money, and I was using my overdraft and had no buffer when things went wrong (as they invariably do).

Luckily, I didn’t incur much in the way of financial penalty, and my credit score escaped relatively unscathed, but I was emotionally traumatised. I had to do something – I couldn’t keep using my overdraft as extra income. It was stressing me out and costing me money. I had to change things.

Now I’m not saying every month was perfect, because it wasn’t. I had to build up an emergency fund alongside it so that I had a way of paying unexpected bills WITHOUT using my overdraft. I won’t lie – this took hard work and persistence. Some people find it easy to save, but I can tell you, I didn’t. It’s a conscious decision every month, and I need to put things in place to help me (like automatic savings!).

It also takes willpower NOT to spend what you save.

The next goal was to pick a number I was comfortable with leaving in my bank account and not spend. For me it is now £1000, so when I go anywhere near this, I feel like I did when I was in my overdraft and close to falling off the edge of it. I consciously make sure that my budget keeps me above this level, and when it doesn’t, try and do something to either make some savings that month, or bring in more income (which I am lucky enough to be able to do with overtime at work if I can fit it in without burning myself out).

So what does this have to do with a crash diet?

Your personal money cycles are much like the cycle of a person who goes on a crash diet – they go for months/years eating what they like, when they like, and then one day something happens. Maybe they see a photo of themselves and wonder how they got fat, or they try on a dress/jeans/anything in the size “they’ve always been” only to discover it doesn’t fit and this makes them feel more depressed than not having any chocolate in the house when some SERIOUS cravings strike.

Then what do they do? They read about something which is the NEXT BEST THING in dieting, and throw themselves into the regime, enthusiastic that THIS TIME it will work. How many times however, have they been on a *really* restrictive diet, they’re losing weight and they’re feeling fab because they’ve hit their weight goal, only to blow it all soon after when the restrictiveness gets too much and they relax again?

This would be the so-called “yo-yo” dieter. Sound familiar? In the graph below, you’ll see the regular peaks and troughs that cycle for YEARS! It doesn’t have to be weight or money either – anything you try and sustain for long periods of time could go in this pattern (eating healthily, stopping smoking and drinking water spring to mind).

A crash-diet doesn’t work because it can’t be sustained for long without risking becoming the most boring person in the world and a hermit without any friends. The best diets are ones that encourage a life-style or mind-set shift like Slimming World or Weight Watchers, because they help with losing weight in a sustainable and gradual way, therefore never feeling restricted, and less at risk of falling off the bandwagon.

So now back to money

Think about how it goes in cycles – money comes in, gets eaten away by your bills, and then goes to 0 again (or maybe into negative like mine was?). Then you get paid, money comes in, and the cycle repeats. You cling from one paycheck to the next like gladiators in “hang tough” – if you’re old enough you’ll remember that awesome weekend TV show (if not, google it!)

So how do we fix this? You need to raise your BOTTOM LINE – sorry for the American-ism of this term, but it does make sense. In other words, you need to start getting comfortable with having money left over in your account at the end of the month and create yourself a “new zero”. Like Orange is the New Black; £500 is the New Zero. Get it?

The website, www.youneedabudget.com (YNAB) calls it “aging your money” – the principle is to get to a point where you are spending money that has been sat in your account for longer than a few hours or days, and build up a small reserve to cushion you. This is in addition to the emergency fund and the basic living expenses buffer.

This might be £10 to start with, and that’s ok! Gradually build this up to £100, then £200 etc etc. The money is protecting you from any problems that arise if you don’t get paid, or get paid incorrectly one month, or slightly overspend one month INSTEAD of your overdraft bailing you out.

Your new cash cycle will start to look like this:

You won’t be returning to 0 or negative every month, and you’ll gradually build the remainder in your account up and up.

If you can’t save for toffee, use a free automatic savings app like plum or chip to help – its helped me save for all sorts of things, and I haven’t even noticed the small amounts coming out.

So there you have it, the “new zero” challenge! Set yourself a goal to be always above a certain number, and you’ll automatically have built in a safety net to stop you from falling off the edge of oblivion. No crash-diets allowed!

If you want more help with your budget

You can also join the 2 week Healthy Money Planner Challenge starting 23rd August 2021. This will help you to get clear on your budget, be accountable to your goals and dreams, and get starting on your debt free journey! Click here for more information and to buy your planner to get in!

If you enjoyed this, why not try: 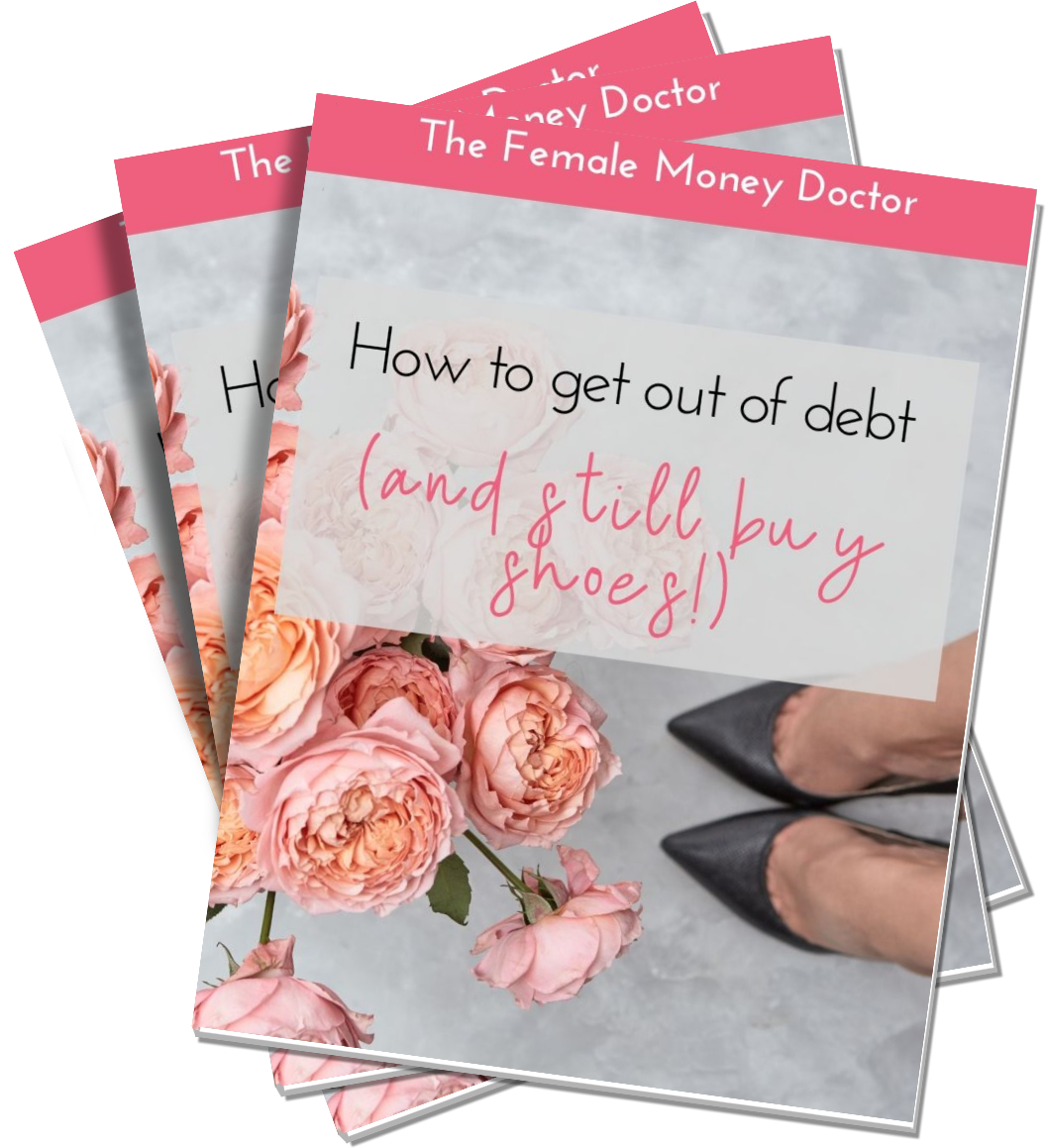